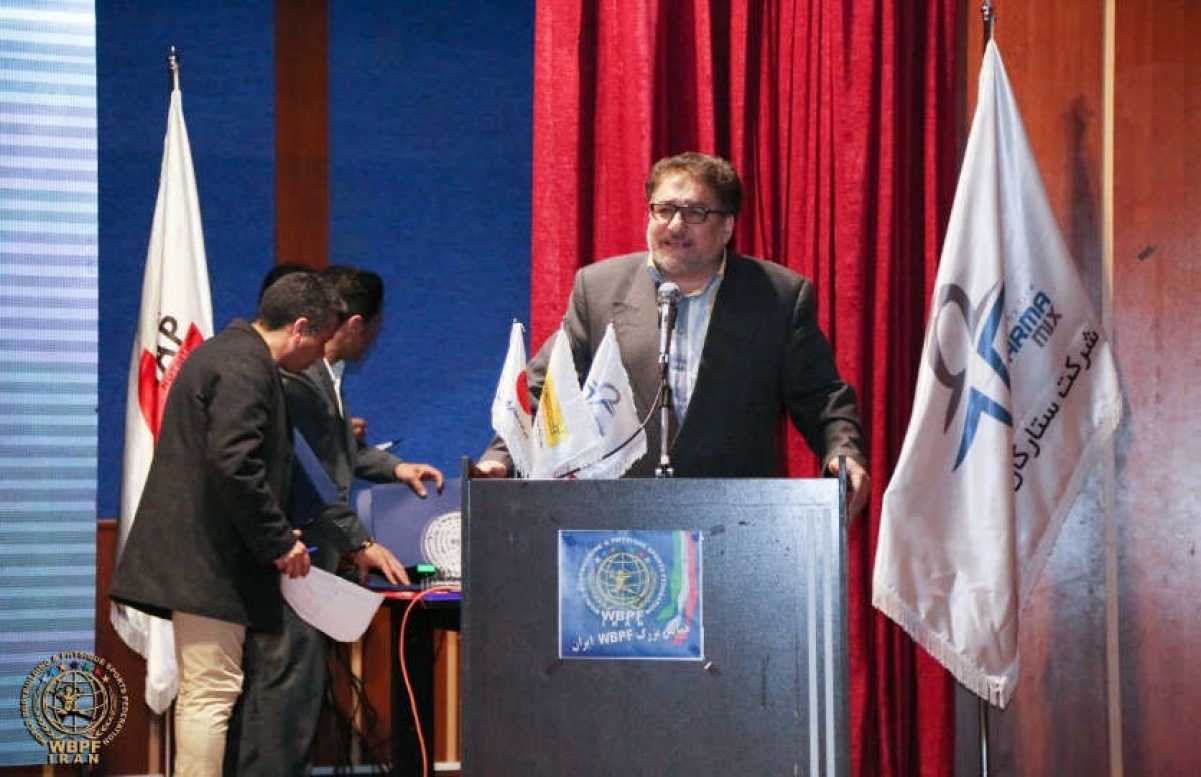 WBPF Iran conversion held in Teheran, Islamic Republic of Iran on 9th March 2017, with the attendance and blessings from a prominent parlamentarian Dr. Mohammad Reza Tabesh,  a reformist politician and now holding office as parliamentary leader of reformists.

On 9th March 2017 WBPF IRAN held its first convention by announcing its yearly program and at the same time presenting its achievement for the year 2015 and 2016 to the Government, Parliamentarians and to the Sports Ministry officials. WBPF IRAN awarded appreciation certificates to prominent Athletes, Judges, Coaches and Officials for their voluntary contributions. It was a memorable day for most of the distinguished guests and invited officials. Special VIP guest was Dr. Mohammad Reza Tabesh who took his valuable time to be present and delivered a speech at the convention and noted the development of WBPF Iran. He was greatly impressed with the activities of WBPF Iran, and expressed his full support. Another VIP guest who was present during this occasion was the Secretary-General of TAFISA for Iran - Mr. Tavoosi who praised the good work done by Mr. Amir Bayat and his dedicated officials for a good job in promoting health and fitness to the people of Iran.

Mr. Amir Bayat, President of WBPF Iran and WBPF Vice-President for Asia welcoming the VIP Guest Dr. Tabesh and Mr. Tavoosi. Mr. Bayat and his team were very pleased and happy to receive Dr. Tabesh as the VVIP Guest and announced that it was a great honour to have his blessing and support for WBPF IRAN.