Bodybuilding in France ascends under the new leadership 16 November 2017 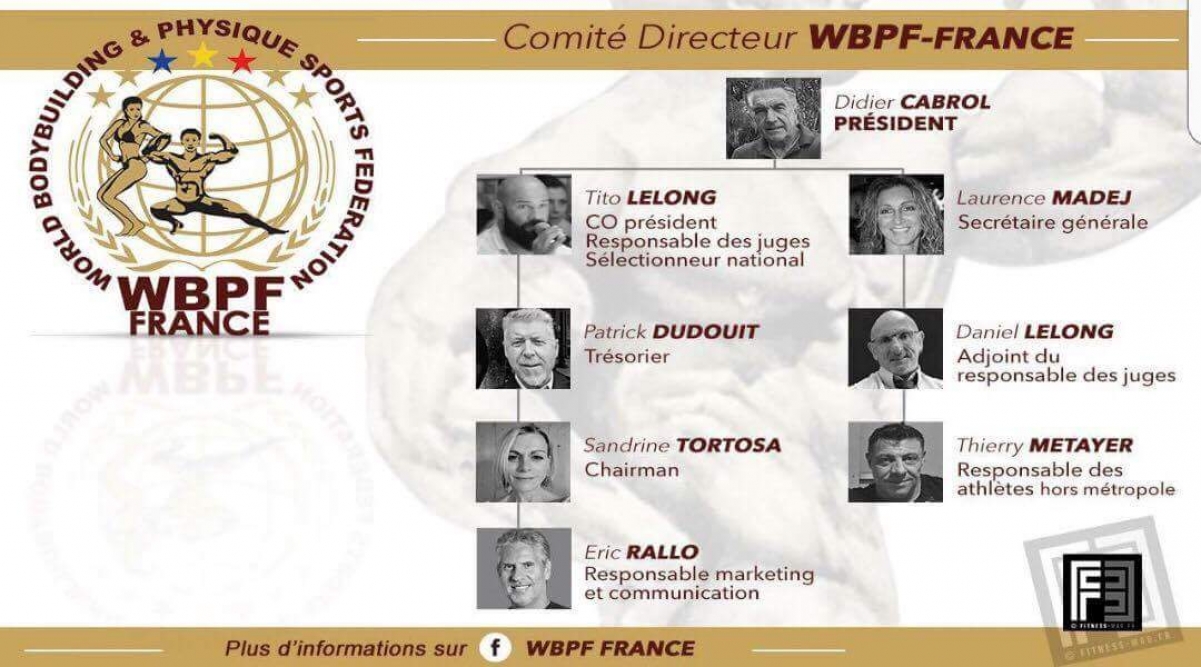 Didier Cabrol was a former French National Champion bodybuilder and participated in many IFBB competitions under the administration of the late Ben Weider and achieved results as follows:

Due to his experience and great knowledge in the sport of bodybuilding and physique sports, he was appointed as the Coach of the French National Team which produced great results and champion athletes in his country. He is also the National, International and a Professional Judge. He officiated in the Men and Women at the 1992 Mr. Olympia in Atlanta, USA. Didier Cabrol was elected as the President of IFBB France from 1992 to 2000 and obtained recognition by the French Ministry of Youth and Sports. He was the founder and director of the famous Weider Gym in Paris and well known throughout France and the World for his contributions in fitness activities and in particular for Bodybuilding. He left IFBB France and moved to the Reunion Island to help his family business. He was a very close friend of the late Ben Weider and after Ben's demise, he was not happy with the new leadership of the IFBB International and also with IFBB France which moved away from the spirit and foundation which Ben Weider built over the years. Didier put together a great team of dedicated and devoted men and women and now having WBPF France all over the regions in France. Many clubs and individuals are joining WBPF FRANCE and nothing will stop the progress of the great people involved in this new federation in France.